About Us » School History


Additions: A special education wing was added in September, 1956. The building was named after a former student, Joan Sander, in1964. The entire school was modernized in 2005 and 2006.


Who Was John H. Nuffer?


John Henry Nuffer was born in Cudahy, California on October 29, 1897. The family name was originally spelled Nueffer but his ancestors decided to “Americanize” it. The Nuffer family, including sister Estelle, and brothers Bill and Roy, moved to Norwalk in the early 1900’s.
Jack, as he was called by his family and friends, attended Little Lake Grammar School and Excelsior High School. He was an important member of the Excelsior baseball team and president of his senior class, graduating in 1916.


In 1921, Jack married Irene Owen and they lived for a short time in Irene’s grandmother’s home next to the Norwalk Dairy. Jack worked as a truck driver hauling milk from various dairies and Irene taught school at Carmenita School in what is now Cerritos.


In 1923, Jack and Irene had a daughter named Barbara who also attended Excelsior High School. Barbara later had two daughters, Jeanne and Gail, but they never knew their grandfather since he died before they were born.


Jack worked as a derrick man spending most of his time at the top of the oil well structures. He also delivered ice to homes before refrigerators were invented and drove a school bus.


When his job as the “ice man” ended, Jack bought property and started a chicken ranch at the corner of Imperial Highway and Orr & Day Road. There he raised chickens for Knott’s Berry Farm’s Chicken Dinner Restaurant.


Irene Nuffer’s father served on the school board in Norwalk and when he died in 1934, Jack was elected to fill his place. He continued to serve as a board member until 1944, when he died at the age of 46 from a serious kidney disease.


Jack was so well respected in Norwalk that in 1953, when our school was built, it was named after him. It is the only school in the world named John H. Nuffer Elementary. 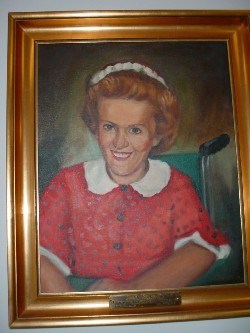 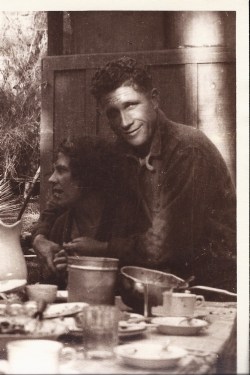